Every week we’re taking another step on the journey to building a 7-figure one person business including:
See an example of the Rogue Mogul newsletter.

I love pictures and as an avid photographer and all-around web guy I’ve loving seeing the incredible images people capture, though it matters little if your awesome pictures can’t be found. On the web as elsewhere, pictures help to tell the story, as well as visually break up your writing making it easier on the reader, particularly when reading on the web. Pictures are also good for your web traffic and can help people find their way to your site if you use them well. While it can be a little time consuming, using images (and doing some of the things I’m going to mention below) is very worthwhile.

Also, if you your’re an amateur and want to take better pictures right out of the gate, take a look at Photography Nuts & Bolts (a camera basics ebook). It’s a great introduction and will get you much more familiar with your camera and taking better pictures.

In short, we’ll discuss four things you should do if you use images on your website and want to use them to drive more traffic: 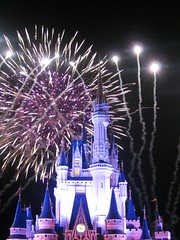 Naming images sounds like a really basic “tip” and it is, or would be, if it weren’t for the fact that many (if not most) people never bother.  By default, most digital cameras will name images something logical to a computer like IMG387370.jpg, which is all fine and good if you’re a computer, but humans looking for a picture of a Mastiff (for example) aren’t going to search on “IMG387370” they’ll search for “Mastiff” or whatever they are looking for. The important thing to remember is that image names do get indexed by search engines and people do a lot of image searching on the web.  Not only should you choose relevant names which are descriptive of what is in the picture but it is also a good practice to use dashes or hyphens “-” in between the words. Hyphens are generally regarded as “white-space” characters by search engines so if your image is of Cinderella’s Castle in the Magic Kingdom you might actually name the image cinderellas-castle-magic-kingdom.jpg. (FYI, not using hyphens can be problematic for reasons outside the scope of this post but my recommendation is to always use hyphens so you’re covered). Good names mean findable images.

For purposes of this discussion we’re talking about one thing, alt tags. It’s always a good practice for your images to have alt attributes in the image tag which are also descriptive of what is in the picture and often is the same as the title. Note: hyphens aren’t necessary here since this isn’t a file, just an attribute that describes the image. Alt tags are important because it allows people on various browsers or with images turned off to know that there should be an image there and, if you were appropriately descriptive, what the subject of the image is. The text is also searchable and provides an additional opportunity for you to provide keyword rich text about your subject. Most of the time your CMS should allow you to add a title in the interface when you upload an image but even if you have to do it manually make sure you do. If you aren’t familiar with html your image tag would look like <img src=”/pathtoimage/image-name.jpg” alt=”image name or description” />.

As a rule, I’ve usually told people to host their own images. If your images sit on your site you get the “credit’ or SEO juice from having them there. Image and content searches that people perform will bring them to your site as a result. While it’s still fine to host your own images it’s not the only alternative.

At WordCamp Dallas 2009, Chris Silver Smith shared this breakdown comparing image services. Based on my experience (before WordCamp and after) I would concur with Chris’ top choice of image hosting services, Flickr.

Even if someone only finds my images on Flickr, I  have links in the description back to my site and it still drives traffic to me. To be honest, I’m not sure if it works as well with the other image hosting services though from my experience it has not. (I’m not saying it doesn’t work at all, just not as well in my experience).

I also routinely host images on Picasa as a repository but get almost no traffic from there. Flickr seems to be the choice of the broader internet audience and the search engines (interestingly even with Google though Flickr is owned by Yahoo).

There are a number of other good image sharing services so feel free to use more than one but I would definitely include Flickr in the arsenal. BTW. for some other good tips on this see the 10 Extreme Social Media Hacks by Giovanni Galluci presentation from WordCamp Dallas.

Just a word on image optimization since I recently wrote a post on optimizing your images for the web. It’s a really good idea to find a way to shrink your files down for use on the web. It will save a ton of bandwidth and provide a better, faster user experience. If you want it to be used as a desktop wallpaper or otherwise want a big/high-resolution version up there then do so with the images that need it but most of your pictures don’t need to be massive, full resolution images. Read the post on optimizing images for the web for ideas on how to manage image resizing and optimization.

If you give your images descriptive titles, use alt tags, take advantage of Flickr and appropriately optimize your images you can use pictures to drive traffic as well as tell your story.

Interestingly as I’m writing this Dallas is playing the New York and of course we have all heard about the massive new dome with giantjumbo tron that was built for the Cowboys. I went to a preseason game and snapped a few pics while there and put them up on Flickr (which are also of course embedded into my site) . Up to the time the game started I was having an average traffic Sunday. Once the game started and people were seeing the inside of the dome they were apparently also surfing the web for pictures of it because my traffic spiked and has made today my second biggest traffic day ever. Go Go SEO!!! 🙂